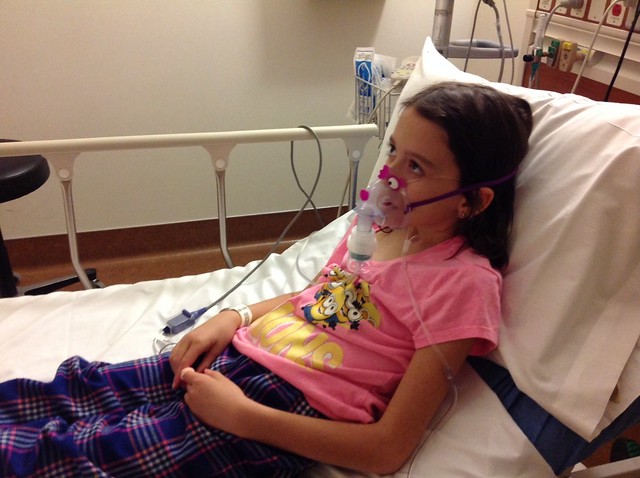 Sitting in the hospital with Reagan…Rewind a few days.

My workout schedule has rest days in it. Damn, I forgot marathon training was so nice. Kind of refreshing to not have to log miles tomorrow. But then the next day usually involves some suffering at threshold pace to make up for that!

So Labor Day weekend was going to be great. A hills run on Saturday and a long run on Sunday. I caffeined up and had some gel and hit the road for the hills. I was on fire! Running an old loop of mine at Sandstone Ranch that has 9% grades. Moving solid up the hills and blasting down. I was working well. But on the last lap, my brain was telling me to back off. Shut up. I pushed the down hard and my ankle wasn’t happy. I didn’t roll it side to side but more like forward. Ouch. I sort of limped 30 minutes back home in a cooldown. Stayed on it all day but woke up the next morning not being able to bear weight out of bed. Damn it. I forgot this is an injury prevention game. It felt good and I went with it. But I went too far. Again. This seems to be my yearly trend and I never learn.

I have been icing it and putting a brace on it. Putting on the brake while driving my truck is the most painful action. A few days off shouldn’t kill me. Skipped the long run obviously. And every run since. I actually put my weight system back together in the basement on Sunday and figured out how to use them once again.

Last night as I was going to bed to ice, Reagan’s ongoing sickness got worse and Kim ran her over to the ER. They ended up admitting her and spent the night working through it. She is having breathing issues. Diagnosis was “Acute bronchitis with respiratory asthmatic distress with hypoxia”. My interpretation was she got a lung infection that caused a bunch of mucus and then she couldn’t breathe. SaO2 was in the 80s. It should be like 92 for this altitude. So I spent the day shift today with her and now I am on the night shift here too.

At the Leadville 100 briefing this year, Ken went off script from prior years and said something that I can only paraphrase now but resonated with me. He explained that we are only there for this foot race. Its only a foot race. Its going to be tough but it will never be tougher than the real challenges you will face in life. He talked about sickness or issues with children, etc. Those are tough problems. Not solved simply by putting one foot in front of the other for 30 hours. However, that foot race trains you to physically and mentally to persevere through challenging situations and gives you the confidence that you can face things that you thought you could not. That other people can’t fathom.

So as I sit here with Reagan tonight, I am calm and so is she. Just a bump in the road. A timeout. She will be back home in a day or so. Refueled and recharged.

Then I can go back to whining about my ankle or maybe running on it.

Thanks to all who reached out to give her a bump.